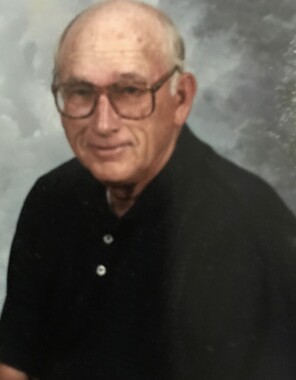 Back to Thomas's story

Thomas M. Cook, 87, of West Lafayette, Ind., passed away at 2:49 p.m. Monday, January 21, 2020, at Indiana University Arnett Hospital, Lafayette.
He was born October 22, 1932 in Georgetown, Ill., to the late Everett and Hazel (Williams) Cook and was a graduate of Georgetown High School.
Mr. Cook was an honorably discharged veteran of the United States Army. Tom was stationed at Ft. Bliss in El Paso, Texas, as a Tactical Missile Driver.
His marriage of 67 years was to Claudia L. Langdon on January 18, 1953, in Danville, Ill. She survives.
Mr. Cook was a life member of Cayuga Christian Church where he served many roles including Sunday School teacher, deacon, elder, superintendent and groundskeeper.
Tom and his wife, Claudia, worshiped the Lord faithfully and lived out their Christian values by becoming foster parents over 10 times. The couple also had a deep love for animals and would often take in injured or stray dogs and cats.
Mr. Cook managed the Grab-It-Here grocery stores in Georgetown, Danville, Ill., and Cayuga, Ind., for 15 years. He then worked for Thompsons Grain Elevator in Cayuga for 10 years; was the Sports/Team Apparel Manager for Alexander Sporting Goods until it closed and was the maintenance supervisor for Stanley Clark Oil for 10 years.
Not one to sit around, Tom was the head groundskeeper at Seeger High School for many years until moving to the Indiana Veterans Home in his 80s.
Tom enjoyed spending time with family, friends and co-workers -he was a people person. Sundays were reserved for the Chicago Bears.
Surviving with his wife, Claudia, are two sons, George Cook (wife: Susan) of Monticello and Dwight Cook (wife: Jean) of Lafayette; a daughter-in-law, Pat Cook of Lafayette; an adopted daughter, April Starkey of Cayuga; and a sister-in-law, Mary K. Cook of Quincy, Ill. Tom loved spending time with his family, especially his many grandchildren and great-grandchildren.
Preceding him in death with his parents is a son, Thomas E. Cook; a sister, Anne Bennett; and two brothers, Joe Cook (wife: Diane) and Daniel Cook.
Friends may call from 9 a.m. until the time of funeral service at 11 a.m. Saturday, January 25, at the Indiana Veterans Home auditorium in McArthur Hall. Chaplain David Hess to officiate. Interment with military rites to follow in the Indiana Veterans Home Cemetery.
Memorials may be given to the animal shelter of the donor's choice.
Share memories and online condolences at www.clapperfuneralservices.com
Published on January 22, 2020
To plant a tree in memory of Thomas M. Cook, please visit Tribute Store.

Plant a tree in memory
of Thomas

A place to share condolences and memories.
The guestbook expires on April 21, 2020.