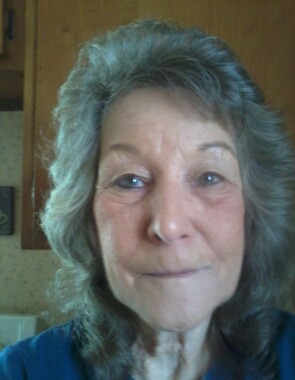 Back to Susan's story

DANVILLE - Susan G. Steinsdoerfer, 66, of Danville, passed away at 1:55 p.m. January 11, 2020, at her home in Tilton.
Susan was born January 30, 1953, the daughter of Lewis and Mildred (Cook) Strawser in Danville, Ill.
She married Kenny Steinsdoerfer in 1968 and later they divorced.
Survivors include one son, Troy Steinsdoerfer of Newtown; one brother, Ronald (Mary) Strawser of Fort Myers, Fla.; two sisters, Kathy (Alan Sr.) Roy of Clarksville, Tenn., and Mary (Kenneth) Rieden of Westville, Ill.; four grandchildren, Brandon Steinsdoerfer of Danville, Chelsea Steinsdoerfer, whom she raised as her own, of Tilton, Ryan Steinsdoerfer and Braydon Steinsdoerfer, both of Newtown; one great-granddaughter, Aria Messenger of Tilton; a special niece, Lori (Bob) Hubbard of Oakwood; and several nieces and nephews.
Susan is preceded in death by her parents; one daughter, Tamera Knutti-Steinsdoerfer; one brother, Wayne Strawser; one sister, Donna Rouse; one brother-in-law, David Rouse.
Susan worked at Eisner's as a meat cutter in the Meat Department and later worked at Masterguard. She enjoyed playing Bingo and bowling in her younger years.
Most of all, Susan enjoyed spending time with her family, especially her grandchildren.
A Celebration of Life Service will be at 10 a.m. Friday, January 17, at Sunset Funeral Home and Cremation Center in Danville, 3940 N. Vermilion St., Danville, IL 61834. Burial will be in Sunset Memorial Park. Visitation will be 5-7 p.m. Thursday, January 16, at the funeral home.
Please join Susan's family in sharing memories, photos and videos on her Tribute Wall at www.sunsetfuneralhome.com
Published on January 14, 2020
To plant a tree in memory of Susan G Steinsdoerfer, please visit Tribute Store.

Plant a tree in memory
of Susan