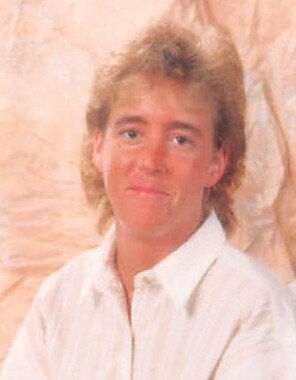 Back to Ruth's story

DANVILLE - Ruth Ellin Leahy, 56, of Danville, passed away at 8:07 a.m. January 17, 2020, at OSF Sacred Heart Medical Center in Danville, Ill.
Ruth was born November 8, 1963, the daughter of Thomas and Patricia (Dickson) Leahy in Danville and was raised by her father, Thomas and Margo (McMurray) Leahy.
Survivors include her two brothers, Thomas (Scott Byers) Leahy of Danville, and Steven Leahy of Omaha, Neb.; two sisters, Kathy (Donald) Leahy-Warner of Bismarck and Stacy (Chris) Handsor of Flat Rock, Mich.; five aunts, Donna (Allen) Hedges of Oakwood, Ill., Sherry (Lennie) Tutwiler of Georgetown, Ill., Barb Nelson of Danville, Glenda McMurray of Sarasota, Fla., and Martha Leahy of Carpentersville, Ill.; cousins, Michael McMurray of Sarasota, Fla., Liz (Kevin) O'Keefe of Flowery Branch, Ga., Laura (Ramzi) Hermiz of Northville, Mich., Erik (Tawnee) Hedges of Catlin, Ill., Christy (Greg) Wagers of Danville, Robin (Mike) Twidwell of Danville, Jacob (Amber) Tutwiler of Danville, Jessica (Luke) Janosik of Westville, Ill., and Heather Smith of Danville.
Ruth is preceded in death by her parents, grandparents and one brother, Greg Shaw.
Ruth was the manager at the Danville Hardee's on Gilbert Street and later the Fairchild Street location for over 25 years. Ruth was such a dedicated and faithful employee. Hardee's Corporation built the Gilbert Street location so that Ruth could come home and operate the restaurant in her hometown of Danville. Ruth later worked at Lowes Home Improvement in Danville.
Ruth was one of the first girls to play Little League baseball in Danville, loved listening to music, loved animals and was an avid Chicago Bears and Notre Dame Fighting Irish fan.
A Celebration of Life Service will be at 10 a.m. Tuesday, January 28, at Sunset Funeral Home and Cremation Center in Danville, 3940 N. Vermilion St., Danville, IL 61834. Miles Clark will officiate. Burial will be in Sunset Memorial Park. Visitation will be 4-7 p.m. Monday, January 27, at the funeral home.
Memorials may be made in Ruth's memory to the Danville Humane Society. Please join Ruth's family in sharing memories, photos and videos on her Tribute Wall at www.sunsetfuneralhome.com
Published on January 23, 2020
To plant a tree in memory of Ruth Ellin Leahy, please visit Tribute Store.

Plant a tree in memory
of Ruth

A place to share condolences and memories.
The guestbook expires on April 22, 2020.