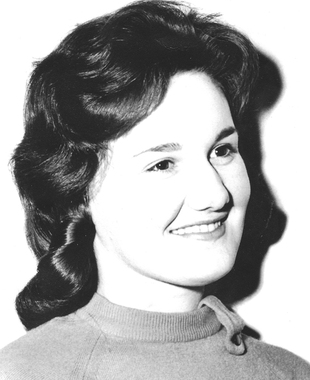 Back to Ruth Ann's story

Ruth Ann Earl, 75, of Danville, Ill., passed away Saturday, January 18, 2020.
She is survived by her husband, Gary Earl; children Roger Jones and Roxy (Doug) Reed; grandchildren Breanna Jordan, Lexy Reed and Izzy Reed. A few days before her passing, she became a great-grandmother to Mason Roger Martin. She also is survived by siblings David Crawley, Mike Crawley, Rita Crawley and Kevin Crawley. She was preceded in death by her parents Marion "Red" Crawley and Imagine Crawley, and brother, Patrick Crawley.
Ruth Ann was a graduate of Danville High School in 1962. She loved to garden and enjoyed watching various flowers and plants grow around her and Gary's backyard pond.
She also loved to have a great time. She was an expert euchre player. She came from a long line of savvy gamblers, even back to her own father's cigar shop/gambling room that was often raided by police back in the 1940s and 1950s. On one occasion in her 30s, she lost a card game to her brothers, and she and her sister paid the hilarious price of taking a pie in the face and jumping in the cold Mississippi River in their pajamas.
She was an expert seamstress. She was a perfectionist and won many awards, but mostly used her needle and thread to spin fun and magic. She designed and made most of the costumes for the CASA Royal Ball from 2010-2014. She also created a 15-foot red satin Santa sack for the Polar Express show that descended from the ceiling. Her creativity and sense of humor came through in all that she did, and Halloween was always a fantastic time with her around.
Her lifelong love, her husband, Gary, was her mainstay in life. From high school sweethearts to her very last day, they were each other's greatest love.
As requested by Ruth Ann, there will be no services. However, once her family recovers, there are plans to throw a great big party. Rortvedt Funeral Services & Crematory is assisting the family.
Published on January 24, 2020
To plant a tree in memory of Ruth Ann Earl, please visit Tribute Store.

Plant a tree in memory
of Ruth Ann

Wanda Dungan
What a wonderful Obituary for an amazing person. Ruth Ann and I were very special friends from the time She and Gary started dating, way back when. I spent many hours with her having fun, laughing, crying and giving her Mom and Dad headaches. I loved her so much. I would run in to Gary at the store and we always stopped and chatted about Ruthie and her health. It broke my heart to hear she was so bad. But I know that she is not suffering anymore and she is with her Mom and dad, shuffling those cards. She was an awesome friend, indeed.
Robert Frazier
I was at the crawley family home quite alot growing up and think of them often, Ruth ann was a great person. My prayers are with the family
View all