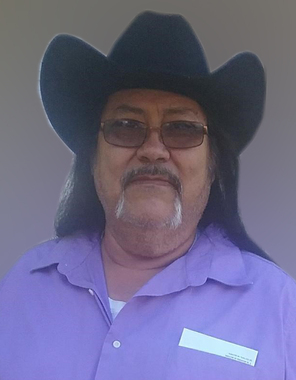 DANVILLE - Rosauro Perez, 64, of Danville, passed away with his family by his side at OSF Sacred Heart Medical Center Dec. 10, 2019, at 7:40 p.m.
Rosauro was born Dec. 19, 1954, in Goliad, Texas, the son of Fabian and Herminia (Diaz) Perez. Rosauro married Petra N. Torres in August 1973, in Texas, and she survives.
Survivors include his wife, Petra Perez of Danville, two sons, Rosauro (Gina) Perez, Jr. of Nashville, Tenn., and Rene Perez of Danville; four daughters, Mary (Kevin) Parker, Raquela (Eduardo) Padron, Maria (Pablo) Perez-Bravo and Adelita (Jose) Don Juan, all from Danville; seven brothers; and two sisters; as well as 20 grandchildren.
Rosauro is preceded in death by his parents, Fabian and Herminia; one brother, Phillip; and two sisters, Sophia and Pauline; as well as one granddaughter, Lilliana Perez.
Rosauro was a member of Holy Family Catholic Church in Danville and retired in January 2017 from Bungee Milling as an Associate. He enjoyed spending his free time with his children, grandchildren and as well as everyone that came to visit, attending family dances, painting ceramics, attending rummage sales, "junking" and refurbishing items he would find, and taking a drive in his beloved 1993 green and white Chevy Silverado. Rosauro Perez was loved by everyone, and will truly be missed.
A Mass of Catholic Burial for Rosauro will be held at 10 a.m. Monday, Dec. 16, 2019, at Holy Family Catholic Church, 444 E. Main Street, Danville. Father Steven Loftus will officiate. Burial will be in Resurrection Cemetery in Danville. Visitation will be held from 2 - 4 p.m. Sunday, Dec. 15, 2019, with a 1:30 p.m. Rosary Service prior at Sunset Funeral Home and Cremation Center, 3940 N. Vermilion St., Danville.
Please join Rosauro's family in sharing condolences, memories, and photos on his Tribute Wall at www.sunsetfuneralhome.com.
Published on December 11, 2019
To plant a tree in memory of Rosauro Perez, please visit Tribute Store.

Plant a tree in memory
of Rosauro

So sorry for your families loss. May you share your love with one another as you find strength in your memories.

Serene Retreat was purchased for the family of Rosauro Perez by Gabriel and Sue Ramirez.  Send flowers