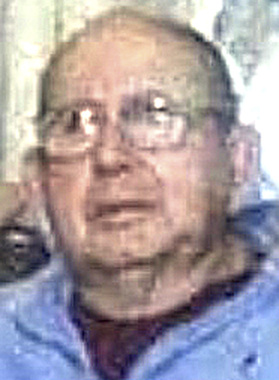 Robert Gene "Papp" Foster, 90, of Rossville, Ill., passed away at 7:15 a.m. Monday, January 13, 2020, at Iroquois Memorial Resident Home in Watseka, Ill.
He was born January 29, 1929, in Rossville, the son of Burt and Blanch (Simpson) Foster.
He married Euna Bray on September 18, 1954, in Rossville. She survives in Rossville.
He also is survived by one daughter, Bobbi (Cordie) Phillips of Rossville; two sons, Joe Foster of Alvin, Ill., and Tom (Susan) Foster of Bellflower, Ill.; one sister, Bette; seven grandchildren, John (Becky) Kinnett, Guy (Jennifer) Foster, Logan Foster, Tony (Chelsea) Foster, Kayla Foster, Tee Billings and Hayden Foster; five great-grandchildren, Kaitlyn, Garet, Blake, Eli and Asher; two great-great-grandchildren, Landon and Kendal; and many nieces and nephews.
He was preceded in death by his parents and eight siblings, Stanley, Bert, Clifford, Guy, Lois, Marge, Mary and Alice.
Robert was a farmer in the Rossville area for many years. He enjoyed planting his garden and giving all his produce to his kids and grandkids. Papp enjoyed spending time with his family and loved his dog, Charlie.
Per his wishes, cremation rites will be accorded, and no services will be held.
Please visit www.anderson-funeral-home.com to view Robert's eternal tribute page and to send the family condolences. Anderson Funeral Home in Hoopeston is handling the arrangements.
Published on January 14, 2020
To plant a tree in memory of Robert Foster, please visit Tribute Store.