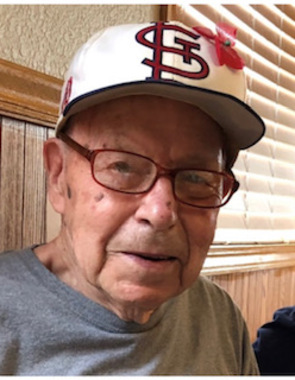 Back to Ralph's story

Ralph Kenneth Tyler, of Tilton, Ill., went to Heaven on Friday, March 20, 2020, at Hawthorne Estates in Danville, Ill.
He led an extraordinary life and was dearly loved by all who knew him. He was a family-first type of a man and lived life to the fullest. He was 98 years old.
Ralph was born in Sidney, Ill., on August 24, 1921, the son of Frank and Hilda Rohrscheib Tyler. They preceded him in death.
He married Jennie May Guthrie in 1942. She preceded him in death in November 2010 after 67 years of marriage.
He also was preceded by six brothers, Bogie, Ermil, Wes, Orville, Donald and Wilbur, as well as one son-in-law, Robert Lyons of Catlin, Ill.
Surviving are his four children, Larry (Jenni) Tyler of Foley, Ala., Phyllis Lyons of Catlin, Sharon (Dr. Gary) Tucker of Odessa, Fla., and Randall (Dee) Tyler of White Lake, Mich.; one sister, Leona Baird of Homer, Ill.; seven grandchildren; nine great-grandchildren; and two great-great-grandchildren.
Ralph was a World War II veteran, serving in the United States Air Force in the Philippines. He was honorably discharged in 1946. He was proud that he served his country.
In 1949, he and Jennie moved to Tilton. He worked at the General Motors Central Foundry in Tilton as a foreman, retiring in the early 1970s.
Ralph was a gifted craftsman and a master gardener. He was an avid St. Louis Cardinal fan, as well as a huge supporter of the Fighting Illini basketball team. He and Jennie had season tickets to the home Illini games for many years. They especially enjoyed watching Chief Illiniwek. He always enjoyed having family around and loved his role as Papa Tyler.
Ralph loved hunting and fishing. For many years he and Jennie owned a house and several acres on Long Lake in Grand Rapids, Minn. They would leave for their Tall Timber Camp in May of each year and return in October. He was a great host to any family and friends who wanted to fish and enjoy the North Woods.
Ralph Kenneth Tyler was a leader and an inspiration to all his friends and family. He is gone but will never be forgotten.
Kirby Funeral Home in Homer, Ill., is in charge of the arrangements. Private graveside services will take place at a future date. Memorials can be made in Ralph's memory to the charity of the donor's choice.
Published on March 23, 2020
To plant a tree in memory of Ralph Kenneth Tyler, please visit Tribute Store.

Plant a tree in memory
of Ralph

David Gutterridge and family
Randy and Dee,
I just wanted to let you both know you are in our thoughts and prayers.
Raymond and Sandy Howie

So sorry for your loss. I will always have the memory of fishing at your lake and watch the fastest fish clean trainning I have ever seen. Thank you Randy for inviting me years ago it will always be a sweet memory to me

Mark A. Brown
I am so sorry for your loss.
View all 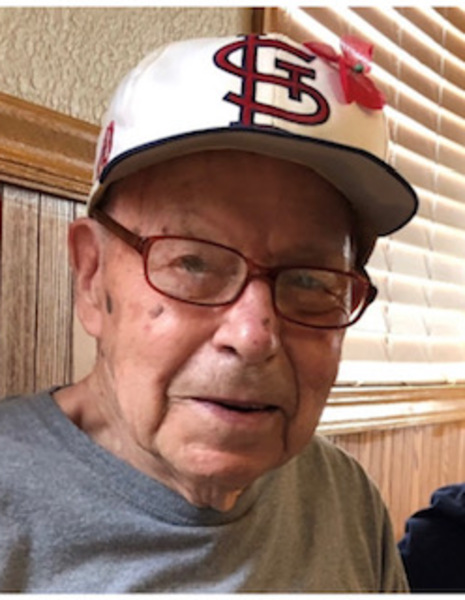