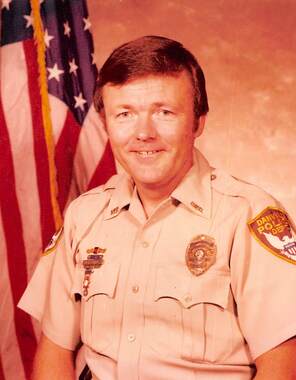 Back to Michael's story

Michael D. Miller, 76, of Danville, Ill., passed away at OSF Sacred Heart Medical Center in Danville.
He was born May 26, 1943, the son of Murvin and Rose (Katok) Miller in Danville. They precede him in death.
Michael leaves behind his wife of 54 years, L. Carol Miller; son, Dennis (Pam) Miller; special niece, Marlene (Dan) Stewart; nephews, Zachary Stewart, Jacob Stewart; brother, Robert (Rita) Miller; grandchildren, Christina (Jeremy) Rotalsky, Christopher Miller; and great-grandchild, Caden Rotalsky.
Michael joined the United States Navy in July of 1963. During that time, he spent his days on the USS Johnston. He later became a police officer for the Danville Police Department for many years before working for the United States Marshal Service at the Federal Courthouse.
He was a member of American Legion Post 210, Illinois Police Benevolent and Protective Association (PBPA), National Rifle Association, Knights of Columbus and the Pollywogs Association.
Michael enjoyed having breakfast with his friends and especially loved to fish. He competed on Lake Vermillion in all the fishing competitions.
He was a wonderful husband, dad, uncle, grandpa and great-grandpa. He will be missed dearly.
A Celebration of Life Service will be at 3 p.m. Tuesday, January 28, at Sunset Funeral Home and Cremation Center in Danville, 3940 N. Vermilion St., Danville, IL 61834. Visitation will be 1-3 p.m. Tuesday just prior to the service at the funeral home. Officiating will be Father Bo Schmitt. Burial will be in Sunset Memorial Park in Danville at a later date. American Legion Post 210 will be performing military rites.
Memorial donations may be made in Michael's name to the Danville Humane Society. Please join Michael's family in sharing memories, photos, and videos on his Tribute Wall at www.sunsetfuneralhome.com
Published on January 24, 2020
To send flowers to the family of Michael D. Miller, please visit Tribute Store.

Send flowers
in memory of Michael

Alan and Kay Wynn
Mike was a customer at wynn marine. But he was one of the few who we thought of as a friend. He was so nice to everyone . Our prayers are with his family
View all