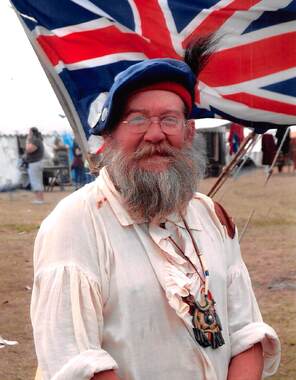 Back to Kevin's story

Kevin E. Edwards, 61, of Danville, passed away at 10:37 p.m. September 4, 2019, at his home.
Kevin was born December 28, 1957, the son of Donald E. and Rosemary (Hawkins) Edwards in Danville, Ill.
Survivors include his parents, Don and Rosemary Edwards of Danville; two daughters, Tara Ray of Danville, and Kim (Tyler) Kalweit of Veedersburg, Ind.; one brother, Shawn (Rita) Edwards of Danville; one sister, Penny (Joe) Wilson of Danville; three grandchildren, Ava and Elan Ray and Addie Kalweit; his best buddy, "Bullwinkle"; as well as several aunts, uncles, cousins and friends.
He is preceded in death by his maternal and paternal grandparents.
Kevin attended Old Union Church of Christ, which later became CrossRoads Christian Church. He worked various careers over the years, from being on the railroad as an engineer to auto body repairman and lastly a machinist at Krupp.
Kevin loved panning for gold, participating in pre-1840 re-enactments as well as hunting and fishing. Kevin was a "Jack of all Trades" and enjoyed creating things with his hands, from carpentry projects, building home additions, working on cars to making his own clothes for re-enactments, Kevin could do anything he set task to.
He had an infectious laugh and always had a good joke to tell and will be missed dearly by his family and friends.
A Celebration of Life will be at 10 a.m. Saturday, September 14, at Sunset Funeral Home and Cremation Center in Danville, 3940 N. Vermilion St., Danville, IL 61834, with Matt Filicsky officiating. Visitation will be 5-7 p.m. Friday, September 13, at the funeral home. Per Kevin's wishes, cremation rights will be accorded following services.
Please join Kevin's family in sharing memories, photos and videos on his Tribute Wall at www.sunsetfuneralhome.com
Published on September 10, 2019
To plant a tree in memory of Kevin Edwards, please visit Tribute Store.

Plant a tree in memory
of Kevin

A place to share condolences and memories.
The guestbook expires on December 09, 2019.

Restore the guestbook to view the 2 more posts by family and friends, and share a memory or message of condolence of your own.