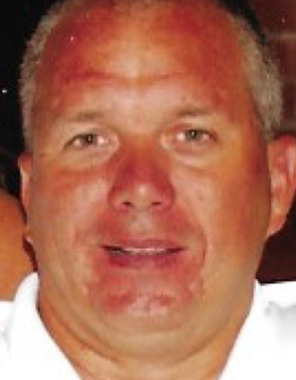 Back to John's story

John Rodney Carver, 53, of Stone Bluff, Ind., passed away at 8:26 p.m. EDT Saturday, March 21, 2020, at IU Arnett Hospital in Lafayette, Ind.
John was born August 1, 1966, in Lafayette, the son of John W. and Susan E. (Bentley) Carver.
He married Amber LuAnn Corey on June 28, 2008.
He is preceded in death by his parents and a sister, Gail E. Carver.
Surviving family include his wife, Amber LuAnn Carver, Stone Bluff; his son, Eli Robert Carver; three brothers, Jeffrey Cary (LaDonna) Carver, Hillsboro, Ind., Scott William Carver, Stone Bluff, Steven George Carver, Veedersburg, Ind.; 15 nieces and nephews.
John was a member of Sterling Christian Church. He graduated from Fountain Central High School in 1984. While in high school, he was very active in wrestling and football. He was a member of the 1983 FCHS Indiana State Championship football team.
For many years he was active in coaching football, basketball and wrestling both at FCHS and Seeger High School and also was the strength conditioning coach in the weight room both at FCHS and Seeger High School.
John will be remembered as a person who was always eager to help others in any way possible. He touched many kids' hearts by investing his time into their lives. Everyone who knew John, knew that his son Eli was the pride and joy of his life. He had given up coaching when Eli was born so he could spend as much time as possible with him.
In light of the COVID-19 situation, a private family funeral service will be held at Dickerson Funeral Home and a public memorial service will be at a later date. The public can watch the private funeral service live on Facebook at the "John Rodney Carver Memorial Group" page at 1 p.m. EDT Wednesday, March 25. You also can share your memories of John at this site. Burial will be at Osborn Prairie Cemetery near Stone Bluff.
Memorial contributions may be given to a fund set up at Centre Bank to be used for his son Eli's future. Make checks payable to "Eli R. Carver" and mail to Centre Bank PO Box 247 Veedersburg IN 47987.
Published on March 23, 2020
To plant a tree in memory of John Rodney Carver, please visit Tribute Store.

Plant a tree in memory
of John