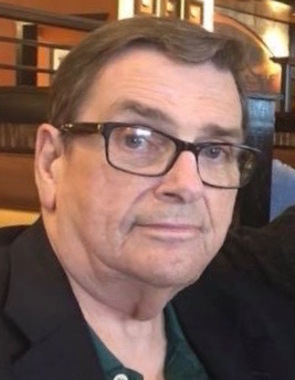 Back to Gerald's story

Gerald William Burt II, 81, of Williamsport, Ind., went to his heavenly home February 9, 2020, in West Lafayette at Cumberland Pointe.
Jerry was born September 2, 1938, in Lincoln, Ill. He was the son of Gerald William Burt and Helen Claudia Foreaker Burt.
Jerry was a 1956 graduate of Lincoln Community High School. He became an ordained minister on May 9, 1959. While he was ministering, he received a Bachelor of Arts from Lincoln Christian College on May 31, 1963. Jerry pursued a career in the ministry and received a Master of Science on August 4, 1978, from Purdue University in education.
Mr. Burt spent most of his career teaching at Warren Central Elementary. On August 10, 1998, he received the Certificate of Merit for his years of faithful and valuable service to both the students and the community.
He served as an elder for over 50 years. He ministered at Hickman Heights Christian Church for several years before becoming the minister of Stateline Christian Church, where he spent over 35 years.
Jerry was known by many of his students for being a "firm, but fair" teacher who always sang church hymns in the hallways. He worked tirelessly at being the best, most caring, helpful and charismatic minister that he could be. He has married and buried generations of families in and around the Indiana and Illinois region.
In his free time, he loved to collect antiques, watch the Cubs on WGN, worship the Lord with any and everyone who was interested, watch Fox News, especially The Five, and continue his studies into genealogy. He often remarked to whomever that if given the chance he would try to trace your family back hundreds of years. Jerry was proud of his family and enjoyed doting on his grandchildren.
Jerry is survived by his two sons, Bill (Jennifer), and Joseph (significant other Jennifer Hurt and her daughter Madeline Hurt); five grandchildren, Gabriel, Elijah, Nathaniel, Hannah and Isabella; his sister, Brenda, and her grandson Raphael. He is preceded in death by his parents; his brother, John; and his niece, Michelle.
A celebration of life will be 5-8 p.m. EST Tuesday, February 18, at Grady Funeral Home. Funeral services will be there in the chapel at 11 a.m. EST Wednesday, February 19, with Pastor Duane Mycroft officiating. Interment will follow at Highland Cemetery.
Memorials in his honor may be made to Lincoln Christian College or Seeger High School for scholarships. Online condolences may be made at www.gradyfuneralhome.com
Published on February 14, 2020
To send flowers to the family of Gerald William "Jerry" Burt, please visit Tribute Store.

Send flowers
in memory of Gerald