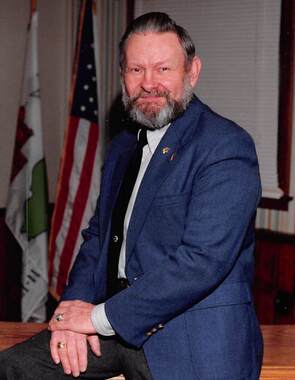 Back to Gary's story

Gary C. LaMar, 75, of Georgetown, Ill., passed away January 20, 2020, at the Danville VA.
He was born on April 1, 1944, to Clark and Jessie "Sis" (Cohoon) LaMar.
He married Judith Ann Gaul on January 15, 1967, in Ottawa, Ill. She preceded him in death.
Gary retired from General Motors. He was active in the Boy Scouts, Eastern Star and Masonic Lodge, Russell Branch and was city alderman in Georgetown.
He was a member of Cumberland Presbyterian Church and served on the Board of Elders. Gary served his country in the Army during Vietnam.
He is survived by children, Jim (Nancy) LaMar of Oxford, Ind., Kenneth LaMar of Danville, Ill., Phyllis (Todd) Dalzell of Westville, Ill., Jessica (Jeff) Keeling of Westville; sister, Burma (Richard) Thomas of Danville; brother-in-law, Rich Gaul; grandchildren, Brock LaMar, Kendall Dalzell, Grant (Chloe) LaMar, Damon LaMar, Keirsten Connor, Keegan Dalzell; four great-grandchildren; special family, Keith and Linda Cohoon; and niece, Marcie Thomas.
Gary was preceded in death by his parents, wife and daughter-in-law, Molly LaMar.
A celebration of Gary's life will be at 11 a.m. Friday, January 24, at Sunset Funeral Home and Cremation Center in Danville, 3940 N. Vermilion St., Danville, IL 61834, with Pastor Jim Blue officiating. Visitation will be 9-11 a.m. prior to the service. Burial will take place at Sunset Memorial Park.
Memorials may be made in his name to American Diabetes Association or Wreaths Across America. Please join Gary's family in sharing photos and memories on his Tribute Wall at www.sunsetfuneralhome.com
Published on January 21, 2020
To plant a tree in memory of Gary C. Lamar, please visit Tribute Store.

Plant a tree in memory
of Gary

A place to share condolences and memories.
The guestbook expires on April 20, 2020.

Phyllis Snider
My thoughts and prayers are with the family of Gary. I used to do genealogy with him and his mother "Sis" at IGHS in Danville. My grandson, is a relative to Gary and I was doing the Lamar Genealogy with them. May your memories of him give you peace and comfort at this time.
Phyllis
View all