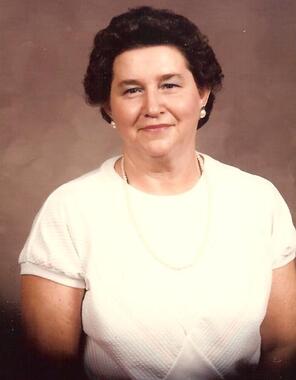 Back to Frances's story

Frances O. Barker, 83, of rural Veedersburg, Ind., passed away at 7:42 p.m. CST Tuesday, February 11, 2020, at Carle Hospital in Urbana, Ill.
Frances was born March 25, 1936, in Danville, Ill., the daughter of Clarence and Edith M. (Hagley) Rouse.
She married Dale E. Barker on December 31, 1956, in Veedersburg. He preceded her in death November 29, 1998.
She also is preceded in death by three brothers and two sisters.
Surviving family include a son, Russell (Pamela) Barker, Veedersburg; six daughters, Katherine Barker, Veedersburg, Patricia (Clent) Kinderman, Dana, Charlotte (James) Lowe, Williamsport, Debra Barker, Denver, Colo., Christine (Everett) Howard, Perrysville, Diana (Ronny) Hickman, Veedersburg; a sister, Wilma June Philips, Chrisman, Ill.; six grandchildren; and eight great-grandchildren.
Frances was formerly a member of Cooper's Chapel Church. She enjoyed reading, word-search puzzles, and playing card games. She enjoyed being outdoors working in her flower gardens and watching the birds, hummingbirds and squirrels at the feeders in her yard. She also was a country music fan and had enjoyed listening to Ron Colson on 103.1.
Funeral service will be at 2 p.m. EST Saturday, February 15, at Dickerson Funeral Home in Veedersburg with Pastor Bob Fairchild officiating. Visitation will begin at noon EST Saturday at the funeral home and continue until the time of service. Burial will be at Cooper's Chapel Cemetery. Online condolences at www.dickersonfuneralhome.com
Published on February 12, 2020
To send flowers to the family of Frances O. Barker, please visit Tribute Store.

Send flowers
in memory of Frances

A place to share condolences and memories.
The guestbook expires on May 12, 2020.

Blue Caribbean was purchased for the family of Frances O. Barker.  Send flowers

America the Beautiful was purchased for the family of Frances O. Barker by Dave Barker Family.  Send flowers