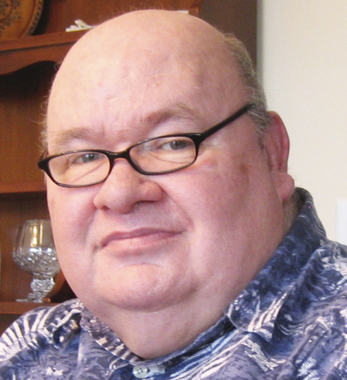 Back to Forrest's story

Forrest Gene Brown died January 8, 2020, of natural causes.
He was born in Danville, Ill., on July 24, 1942, the son of William Gene Brown and Laura Katheryn Striker.
He is survived by a sister, Mary Lou Smoot, and three brothers, Terry Lee Brown, Robert Eugene Brown and David Franklin Brown, as well as many nieces and nephews. He also is survived by friends Stan Kerr, Bruce Stoffel, Michael Doyle, Jonathan Goodwin, Olivia and Chris Zepeda, and pet companion Caramel.
A prayer vigil will be 2-6 p.m. Friday, January 31, at The Church of the Holy Trinity, 308 N. Vermilion, Danville, with family present 4-6 p.m. A funeral Mass will be at 10 a.m. Saturday, February 1, at the Episcopal Chapel of St. John the Divine, 1011 S. Wright, Normal, with inurnment. A potluck meal will be held at Canterbury House next to the chapel. Call JoAnne Geigner at (217) 365-0392 to coordinate a food offering.
A proud liberal and a member of the Democratic Party, Forrest regularly served as an election judge in Vermilion County. He was a member of the American Civil Liberties Union, the Southern Poverty Law Center, Amnesty International and Americans United for Separation of Church and State.
While he resided in Champaign, he was among the original organizers and served three terms as chair of the board of the Gay Community AIDS Project (now called the Greater Community AIDS Project). He was a long-time member of the Episcopal Chapel of St. John the Divine in Champaign where he served for 30 years as co-chair of the hospitality committee. He also served the Chapel at various times as a Sacristan, Acolyte and member of the Vestry, and also attended the Church of the Holy Trinity in Danville.
He was an admirer of Frank Lloyd Wright and often spent weekends in Springfield as a volunteer docent at the Dana-Thomas House. He loved cooking, especially Julia Child's recipes, and prepared many meals for friends and family. His enjoyments included musicals, reading, Star Wars, Harry Potter and British comedies and dramas.
Published on January 24, 2020
To plant a tree in memory of Forrest Brown, please visit Tribute Store.

Plant a tree in memory
of Forrest

Pamela Salela
Forrest and my brother Stan were the bests of friends. By association I was the recipient of many kindnesses from Forrest including helping me move across town (Champaign) when I was attending UIUC, at least once and maybe more.
I also got to enjoy Forrest's very special unground tour of the Dana Thomas house (private tour only!). Very special.
Forrest was a lovely man.
Caren Mansfield
Forrest Brown was a devoted supporter of the Dana-Thomas House. It was always good to see him when he was in Springfield to give tours.
View all