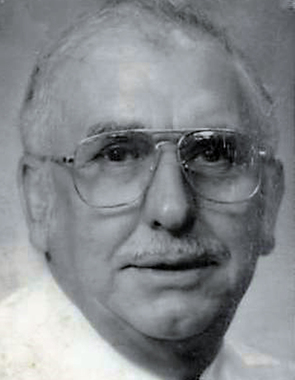 Back to Ernest's story

Ernest Ghibaudy, 88, of Westville, passed away Wednesday, January 8, 2020, at VA Illiana Health Care Systems, Danville, Ill.
He was born September 27, 1931, in Westville, Ill., the son of Nore and Julena (Spezia) Ghibaudy.
He was united in marriage to Judith Trosper on December 28, 1957, until her passing on July 8, 2019. They were able to share 61 years of marriage together.
He is survived by his children, Nancy (Fred) Dreyer of Indianapolis, and Michael (Michelle) Ghibaudy of Westville; his grandchildren, Ryan (Samantha) Ghibaudy of Westville, Ashley Newell of Indianapolis, Warren Dreyer of Westville, and J.J. Dreyer of Danville; his great-grandchildren, Carter and Chloe Ghibaudy of Westville; his siblings, Corrine (Harrold) Fox of Mahomet, Ill., Jan Roberts of Westville, and Carl (Carol) Ghibaudy of Westville; his sister-in-law, Margaret Johnson of Danville; and numerous nieces, nephews and friends. He was preceded in death by his parents and his brothers, John Ghibaudy and Honore Ghibaudy.
Ernest was a proud veteran of the U.S. Army. He retired from Illinois Bell in 1991.
He was a devout Catholic and St. Louis Cardinals fan. He loved to fish, play cards and gamble at the slot machines. He especially loved to spend time with his grandchildren.
A graveside service will be at 10 a.m. Monday, January 13, at the Danville National Cemetery, 1900 E. Main St., Danville. Per his wishes, Ernest will be accorded cremation rites.
Memorial donations may be given in his name to the VA Palliative Care in Danville. His family has entrusted his care to Sunset Funeral Home and Cremation Center in Westville, 414 S. State St., Westville, IL 61883. Please join his family in sharing memories through his Tribute Wall at www.sunsetfuneralhome.com
Published on January 10, 2020
To send flowers to the family of Ernest Ghibaudy, please visit Tribute Store.

Send flowers
in memory of Ernest

Nora Lete Price
Sorry to hear about Ernie, he was a good friend of my brother Bob & friend & fishing buddy of my brother Edward.
View all