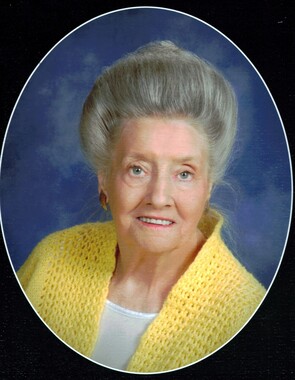 Erna M. Dries Bernadic Vanderploeg, of Danville, joined the Church Triumphant on Tuesday, Jan. 21, 2020, at North Logan Healthcare Center. She was 94 years old.
Born on Oct. 8, 1925, in Mainz, Germany, to Karl and Katharine (Gerheiser) Dries. She married Frank C. Bernadic on April 1, 1950, in Danville. Erna was preceded in death by her parents; a brother, Joseph and his wife Alice; a sister, Katie; and a brother-in-law, Leon Rome (married to Eleanor). Her aunt Katharine Dries Fishman (who was instrumental in bringing her brother Joseph, Erna and her sister, Eleanor, to America) also preceded her. Two of her three children, Frank Bernadic and Denise M. Bernadic Self, also preceded her.
Erna is survived by her sister, Eleanor M. Dries Rome; a son, Thomas (Sandra) Bernadic; a daughter-in-law, Linda (Frank) Bernadic; and a son-in-law, Randy (Denise) Self. She also leaves behind three grandchildren, Randy (Wes) Self Jr., Angela (Vince) Meyer, and Christina (Eric) Budzyn; six great grandchildren (five children of Angela and Vince Meyer and one of Christina and Eric Budzyn); and numerous nieces and nephews.
As a young child and woman, Erna danced ballet in Germany. After moving to the United States, she taught ballet in the Detroit, Mich., area for many years before moving to Tennessee to be near her beloved daughter, Denise, and eventually returning to Danville. She has been a member of Immanuel Lutheran Church of Danville since 2001.
Visitation for Erna will be on Wednesday, Jan. 29, 2020, from noon to 1 p.m. at Immanuel Lutheran Church, 1930 N. Bowman Ave., Danville. Services will be at 1 p.m. at Immanuel Lutheran, with graveside rites at Lutheran Cemetery to follow. Messages and memories for the family may be left on our website at www.KrugerCoanPape.com, or on the Kruger-Coan-Pape Funeral Home Facebook page.
Published on January 25, 2020
To plant a tree in memory of Erna M. Vanderploeg, please visit Tribute Store.

Plant a tree in memory
of Erna

A place to share condolences and memories.
The guestbook expires on April 24, 2020.

Beth Kuntz
Erna was a graceful beacon of strength. Our paths only passed for a brief moment but she left a lasting impact on me. I am blessed to have met her. Deepest condolences to all who love her.
View all