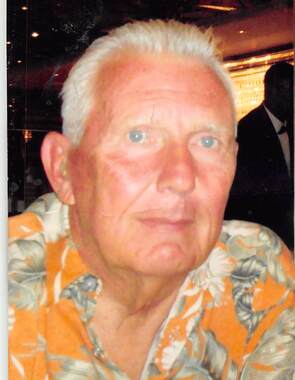 Back to E. Wayne's story

E. Wayne Wynn, of Oakwood, passed away Monday, December 2, 2019, at Amber Glen Care Center in Urbana, Ill.
Wayne was born the son of Earl and Elma (Greer) Wynn on October 14, 1943 in Danville, Ill.
He attended Oakwood High School. After graduating high school, he traveled to Ohio where he went to Hobart Welding School. Wayne then joined the Illinois National Guard in 1961 until 1969. He eventually took a job at Robert Holmes Brothers, where he worked for 42 years before retiring.
Wayne had many hobbies, including coin collecting, hunting, fishing and being outdoors. He also enjoyed watching the Chicago Cubs, Chicago Bears, The Illini and Westerns on TV.
He especially loved to work on antique cars. He specifically worked on the 1929 Ford Model A and attended the Newport Hill Climb with his dad.
Wayne traveled to 49 states with his wife. He enjoyed traveling and going on vacation with his family. He will be missed dearly.
Wayne leaves behind his wife of 51 years, Karen Wynn; son, Wayne (Shawn) Wynn of Petersburg, Ill.; grandchildren, Cole Wynn, Michael Holt and Anna Tamborski, all of Petersburg, Ill.; brother, Richard (Karen) Wynn of Mahomet, Ill.; brother-in-law, Phil Adams of Danville; and several nieces and nephews.
He is preceded in death by both of his parents, Earl and Elma; and parents-in-law, Bonnie and Bud "Cobb" Adams.
A Celebration of Life Service will be at 11 a.m. Saturday, December 7, at Sunset Funeral Home and Cremation Center in Danville, 3940 N. Vermilion St., Danville, IL 61834. Officiating will be Rev. Glenn Corbly. Burial will be in Pleasant Grove in Oakwood. Visitation will be just prior to the service from 9-11 a.m. at the funeral home.
Memorial donations in Wayne's name may be made to the Wounded Warrior Project or the Tunnel to Towers Foundation. Please join Wayne's family in sharing memories, photos, and videos on his Tribute Wall at www.sunsetfuneralhome.com
Published on December 4, 2019
To plant a tree in memory of E. Wayne Wynn, please visit Tribute Store.

Plant a tree in memory
of E. Wayne

A place to share condolences and memories.
The guestbook expires on March 03, 2020.