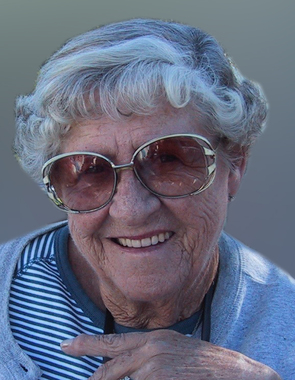 Back to Dorothy's story

DANVILLE - Dorothy Ann Wilson, 92, of Danville (Central Park), passed away at 8:20 a.m. December 3, 2019, at OSF Sacred Heart Medical Center in Danville, Ill.
Dorothy was born January 12, 1927, the daughter of Wilbert and Elsie (Nelson) Gardner in Danville.
She married Chester Wilson Jr. on May 23, 1946. They later divorced.
Dorothy is survived by her son, William "Bill" Wilson of Urbana, Ill.; granddaughter, Rachel (Toby) Wolfe of Danville; grandson, Jackson Stockdale-Wilson of Carbondale, Ill.; great-grandson, Bailey (Marissa McMillan) Wolfe of Danville; brother, Allen Gardner of South Bend, Ind., and Birchwood, Wis.; and many nieces and nephews.
Dorothy was preceded in death by her parents; former husband, Chester; one brother, Robert "Bob" Gardner; one sister, Norma Palmer; brother-in-law, Dwight Palmer; two sisters-in-law, Mary Seifert Gardner and Jeanne Gardner; her longtime friend and traveling companion, Horace "Jenks" Jenkins.
Dorothy graduated Daniel Grade School, Danville High School and Utterback Business College. She worked at Illinois Bell Telephone Company for 38 years. She began as a switchboard operator and retired in 1980 as a Right of Way Engineer.
She lived in Port Charlotte, Fla., amidst a huge group of fun ex-Danville folks, for 25 years after retiring, before returning to Danville.
One "hobby" was to purchase a new house/condo and re-do it to her taste. She was a member of the Danville Bowlers' Hall of Fame and was an avid golfer at Port Charlotte Country Club (but she played many courses here and in Sweden) and was proud to have two holes-in-one to her name.
Dorothy enjoyed playing cards (when she won), having company and her favorite meal to have with anyone was breakfast for dinner.
Her family will miss her wit and wisdom, most especially her famous saying "All right, all ready."
The family would like to thank the staff at Autumn Fields, the Carle Departments of Family Medicine and Podiatry as well as Debbie O'Brien and Dr. Fischer and the staff of 4 East at OSF Sacred Heart Medical Center in Danville for all their care, support and friendship to all of us over the years.
A Celebration of Life Memorial Service will be at 3 p.m. Thursday, December 12, at Sunset Funeral Home and Cremation Center in Danville, 3940 N. Vermilion St., Danville, IL 61834, with Bud McMasters officiating. Visitation will be 1-3 p.m. at the funeral home.
Memorials in Dorothy's memory may be made to the Vermilion County Kickapoo Rail Trail Project (the trail matches her old route riding the Interurban to party at the Inman Hotel). Please join Dorothy's family in sharing memories, photos and videos on her Tribute Wall at www.sunsetfuneralhome.com
Published on December 10, 2019
To plant a tree in memory of Dorothy A. Wilson, please visit Tribute Store.

Plant a tree in memory
of Dorothy

A place to share condolences and memories.
The guestbook expires on March 09, 2020.