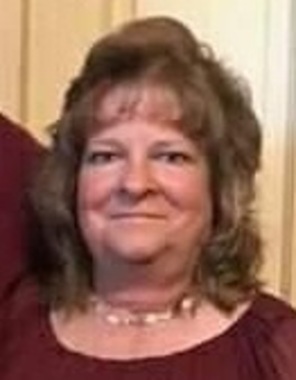 Back to Carolyn's story

DANVILLE - Carolyn Sue McMasters Edwards, 55, of Danville, passed away at 6:31 p.m. Thursday, January 9, 2020, at her home.
Carolyn was born September 21, 1964, in Danville, Ill., the daughter of Walter and Shirley Ziebart McMasters.
She married Robert Edwards on July 14, 2001, in Danville. He survives.
Other survivors include her mother, Shirley Frazier of Danville; a son, Jason (Whitney) Matthews of Danville; two step-daughters, Ashley (Mark) Hennis of Cayuga, Ind., and Miranda (Ricardo) Bonano of Arizona; a sister, Debra (Terry) Chenoweth of Danville; four grandchildren, Zoe Edwards, Frankie Hennis, Braxtyn Edwards and Alex Bonano; and her cats, Sophie, Stormey and Sadie. She was preceded in death by her grandparents; her father, Walter; and a brother, Carl McMasters.
Carolyn enjoyed boating, fishing and camping. She also loved to play cards, traveling and shopping. She loved spending time with her family, especially her grandkids.
Carolyn will be cremated and the family will hold a celebration of life at a later date. Robison Chapel in Catlin is handling the arrangements. Online condolences at www.robisonchapel.com
Published on January 10, 2020
To plant a tree in memory of Carolyn Sue Edwards, please visit Tribute Store.

Plant a tree in memory
of Carolyn